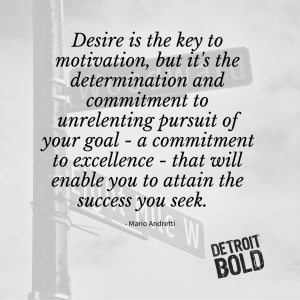 Just 3 miles north of  8 Mile on the west side of Woodward, you arrive in Berkley, a beautiful, quaint, working class town nestled between Royal Oak and Southfield. According to the Berkley Fun Facts Facebook page, the 1844 home of Hamlet Harris, a prominent early settler of Berkley is the oldest remaining home still standing. Harris, the son of a slave, married his wife Jane (born in 1795 near Marietta, Georgia), a black woman born into slavery, in 1815, bought her freedom and moved to Berkley where he started a prosperous farm. The family driveway up to the farm would become today’s Catalpa Road and the farmhouse was built just west off Saginaw Turnpike — the precursor to Woodward Ave.

The Harris’ had 6 sons: Abraham, Matthew, John, Hugh, Luke and David, and 4 daughters: Mary, Susan, Martha, and Clifford (yes she was female!) The Harris children (and grandchildren) attended the same local schoolhouse at the corner of Coolidge and Catalpa as the other children of neighboring white farmers and attended other social events. According to the article, there was discovered not the slightest hint of any documented instances whatsoever of racial divide involving any member of the Harris family and their white neighbors. How cool is that!

Berkley schools are consistently ranked near the top of scholastic scores and Money Magazine pegged Berkley at #28 in the Best Small Towns to live in America, 2015.

The Hamlet Harris house on Catalpa in Berkley, built in 1844 is still occupied today. 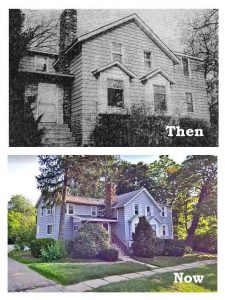 Beyond the intersection: What’s in an “E.”? What was once part of Hamlet Harris’  farmhouse, today’s town of Berkley has a terrific “University” subdivision with streets like Harvard, Cambridge, Princeton, Oxford, Eaton, and Stanford. In fact, the street named Berkeley once existed there in harmony with another road just up the way bearing the town’s namesake, “Berkley.” Confusion finally gave way and Berkeley Rd was changed to Hart Rd.

Enjoy your own Detroit crossroads with our popular gift set!