The Roads Of Detroit

A Series brought to you by​ Detroit Bold Coffee

Ever drive through Detroit and wonder where the name of the street came from? You’re not alone! Detroit and its vast metropolitan area have a centuries-old rich, diverse history. The names of our streets weave a wonderful story that literally connects us all.  Let’s take a drive!

One of the most iconic roads in Michigan and indeed one of the world’s most familiar byways. Woodward Avenue begins in the heart of downtown Detroit at the foot of the Detroit River. From Jefferson Ave. Woodward, named after​ Augustus B Woodward​, the first chief justice of Michigan prior to statehood when Michigan was a part of the Northwest Territory of the United States. Woodward Ave stretches north-northwest through the city and into Detroit’s northern suburbs all the way to Pontiac. 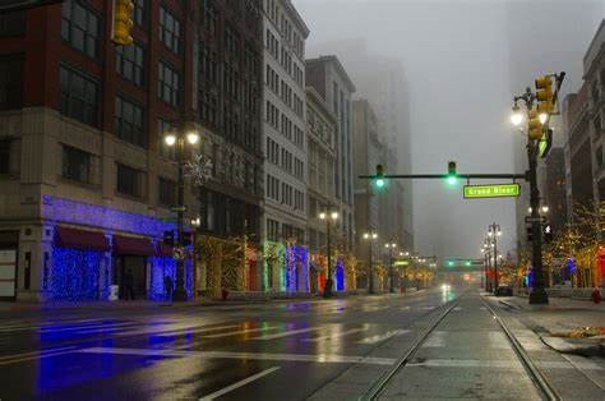 Woodward Ave in Downtown Detroit all lit up on a foggy Christmas Eve. (photo ​ MotorCity Muckraker ​ )