According to Erikka Loftfield, a research fellow at the National Cancer Institute who has studied the beverage, 3-5 cups of 100% Arabica, Detroit Bold coffee per day is just the ticket to a healthy lifestyle. 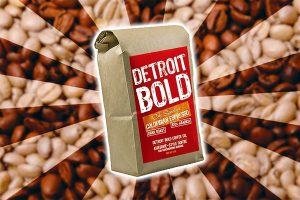 In 2015, for the first time, Dietary Guidelines included moderate coffee drinking as part of a healthy diet. When researchers controlled for lifestyle factors, like how many heavy coffee drinkers also smoked, the data tipped in coffee’s favor.

Furthermore, A large 2017 review on coffee consumption and human health in the British Medical Journal also found that most of the time, coffee was associated with a benefit, rather than a harm. In examining more than 200 reviews of previous studies, the authors observed that moderate coffee drinkers had less cardiovascular disease, and premature death from all causes, including heart attacks and stroke, than those skipping the beverage.

A typical 12-ounce serving of drip coffee has 200 milligrams of caffeine and that caffeine takes about an hour to metabolize in the body. So, the effect of a cup or two of Detroit Bold to wake you up and get you going, then another couple of cups to keep you going throughout the day will have a more positive impact overall. 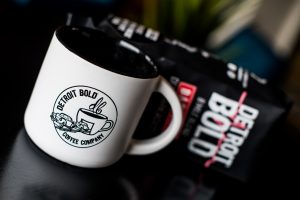 A study in JAMA Internal Medicine examined the coffee habits of nearly 500,000 people in the U.K. and found that it didn’t matter if they drank one cup or chain-drank eight — regular or decaf — or whether they were fast metabolizers of coffee or slow. They were linked to a lower risk of death from all causes, except with instant coffee, the evidence was weaker….

Dr. Sophie Balzora, a gastroenterologist, weighs the benefits and risks very carefully. The clinical associate professor of medicine at N.Y.U. School of Medicine understands its cultural significance, and knows to tread lightly. As she put it: “Robbing people of their coffee seems cruel.”

So, order up, my friends! And think about Detroit Bold as a great gift this holiday season as well!  You’ll find a great selection of the America’s BOLDEST coffee in stores everywhere and at detroitboldcoffee.com

Here’s the complete article, published by the New York Times